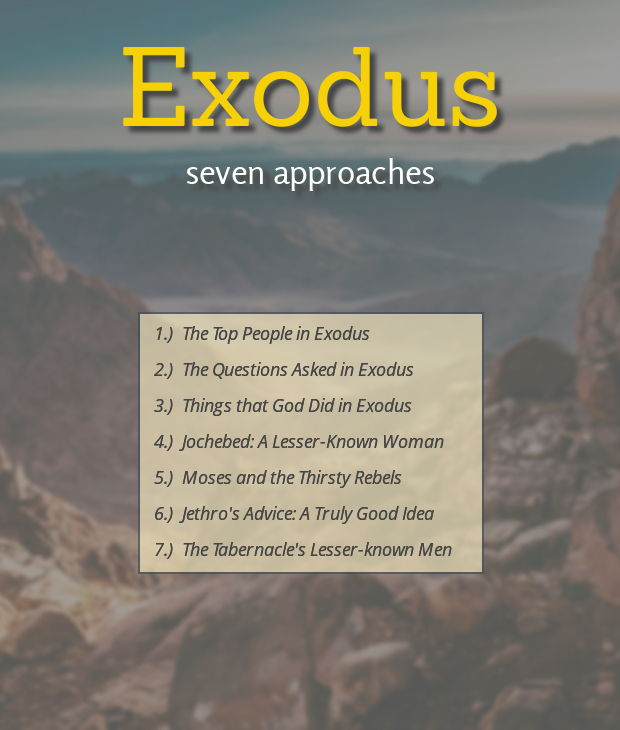 Check out these seven ways to study Exodus.

There are five people closely associated with Exodus who are ranked in the top 55 people in the Bible. They are Moses (#3), Aaron (#8), Joshua (#12), the Pharaoh of the Exodus (#21), and Eleazar, Aaron's son (#33). There is a one-page Bible study on each of them in the Top 55 booklet. The one on lesser-known Eleazar (Click below.) may be most needed. 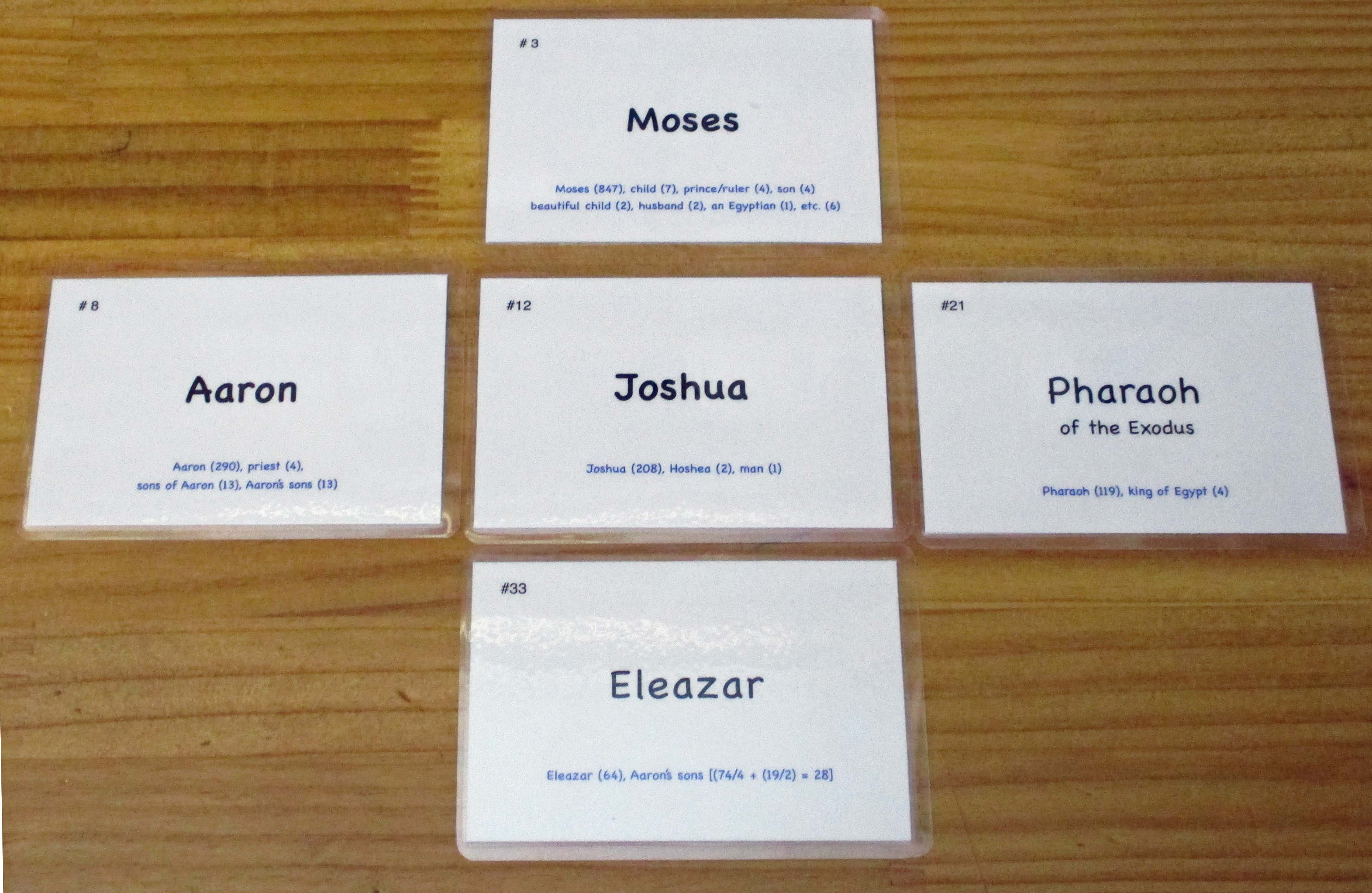 2a. Survey: Questions Asked in Exodus

This is a great summary chart and outline of Exodus which is linked to the Question Studies page. It can be used to study selected questions through the book. (See 2b below for one way to do so.) 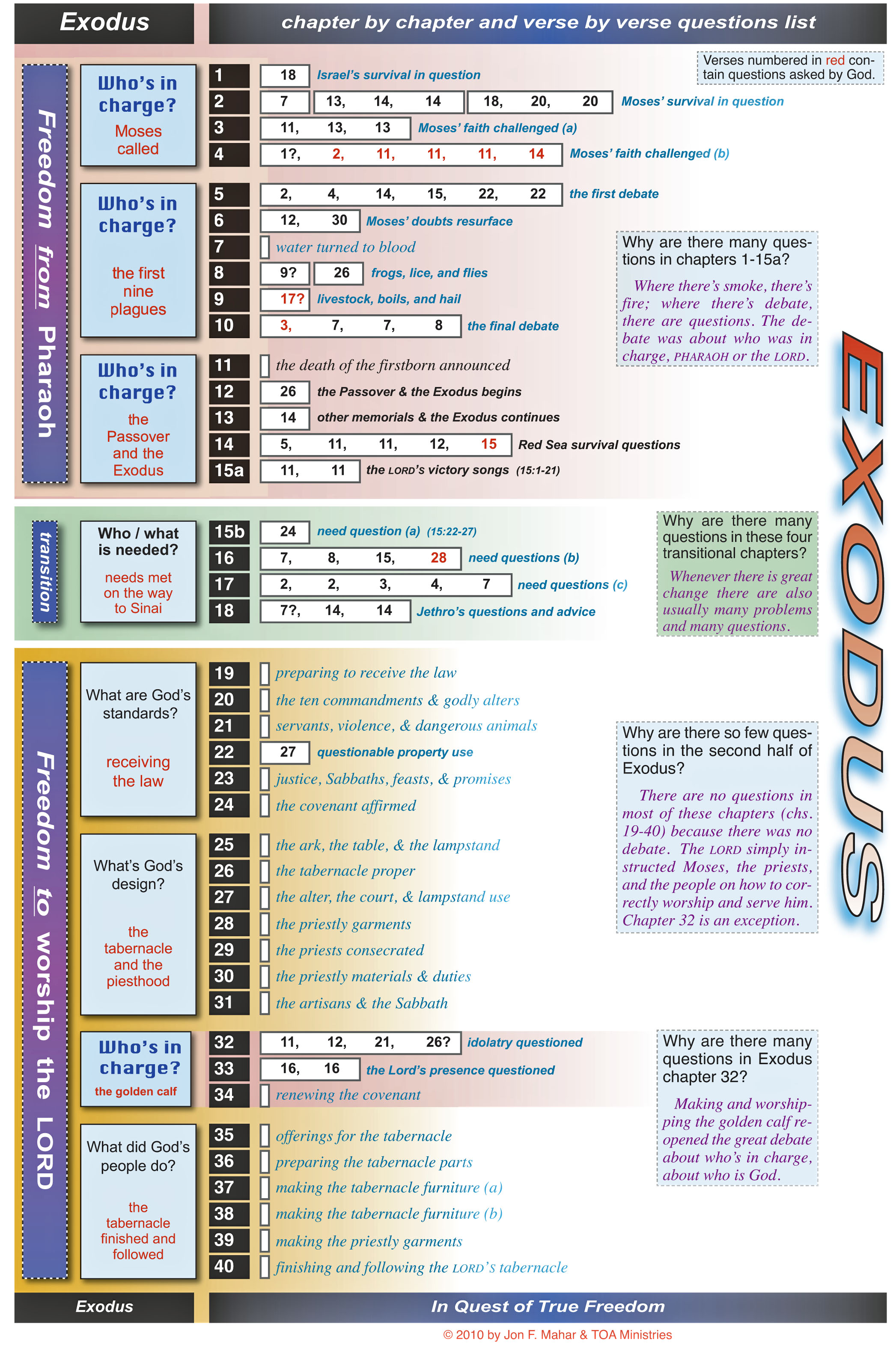 2b. Exodus Questions & the DESCRIBE-IT-YOURSELF Cards

Cards from the Describe-It-Yourself set are used below to describe the answer the Hebrew midwives gave to Pharaoh about why they had not killed the Hebrew boy babies (Exodus 1:18-19). They said it was, "Because the Hebrew women are not like the Egyptian women; for they are lively and give birth before the midwives come to them."

This is a famously difficult answer, since God blessed the midwives for fearing him (1:20), yet it seems highly unlikely that every single boy among the Hebrews was born before a midwife could come to help with the delivery.

The explanation represented below is that the midwives answer was honest but somewhat incomplete. Thanks to a special wonderful work of the Lord, the Hebrew women truly were more lively than the Egyptian women. So Hebrew babies really were born comparatively quickly. The midwives' answer therefore was honest and factual, even though it was probably a generalization. (Notice the special hand-written "general statement" card in the center of the "house" (1:21) below.)

If the midwives' answer applied equally to every single Hebrew mother and baby boy, why would God have rewarded them for doing nothing? No faith or courage would have been required if they ALWAYS arrived late. Their fear of God would not have been praised unless they at least occasionally arrived on time and protected the boy whom they helped deliver. 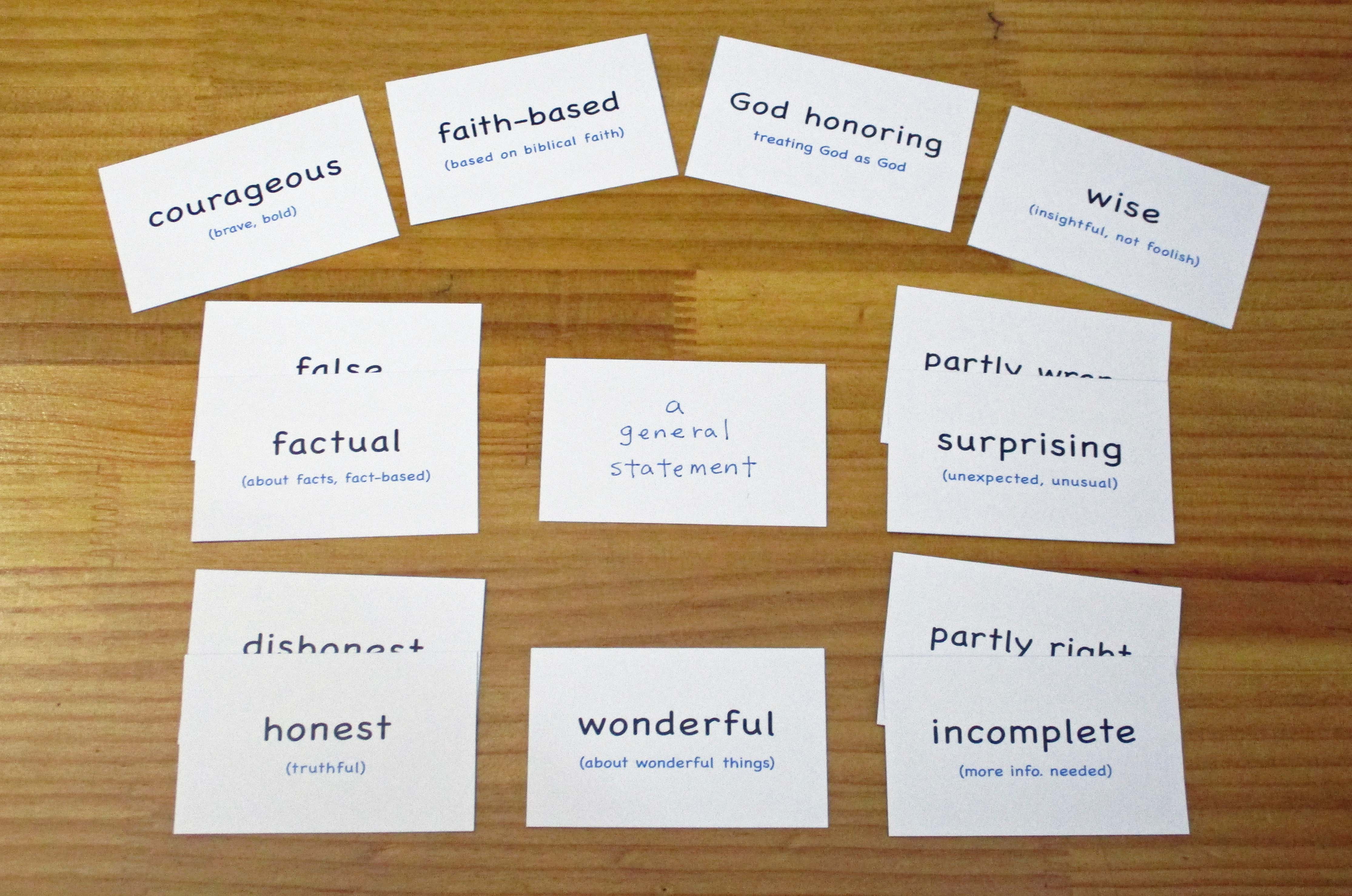 To obtain your own set of 1,300+ DESCRIBE-IT-YOURSELF cards and the fast-scroll list of the same click the links below. For more ideas on how to use them in studies that double as games, go to the Question Studies page.

3. Survey: Things that God DID in Exodus

Moses's mother, Jochebed, is featured in a study in the Lesser-Known but Significant Women series. The main point in the study is that God was in charge rather than Pharoah. This truth was not apparent to everyone, however, least of all to Pharaoh himself. Yet it was still true.

5. The Plague of Frogs

Why did God send frogs?
The Egyptians had many frog related objects and images, including a popular goddess of fertility and childbirth which had the body of a woman and the head of a frog. So by sending frogs, the Lord demonstrated in a physical way how creepy the froggy faith of most people was. Moreover, Moses could have simply predicted that the frogs would be in their homes in general, but by specifically targeting their beds and bowls (8:3) the Lord addressed the fertility aspects of popular religion in Egypt.

Why is "your bed" included in 8:3?
Moses could have simply spoken of frogs in bedrooms, but he was more specific. By specifically speaking of the bed, Moses probably addressed the sexual and reproductive nature of their idolatry and showed that the Lord is the true Giver and Controller of life. Moreover, the order in 8:3 may be significant. The bed comes before the bowls. In line with this, most frogs and toads are more active at night than during the day. Likewise, the reproductive aspect of the frog related idolatry may have been more prominent than the agricultural aspect. 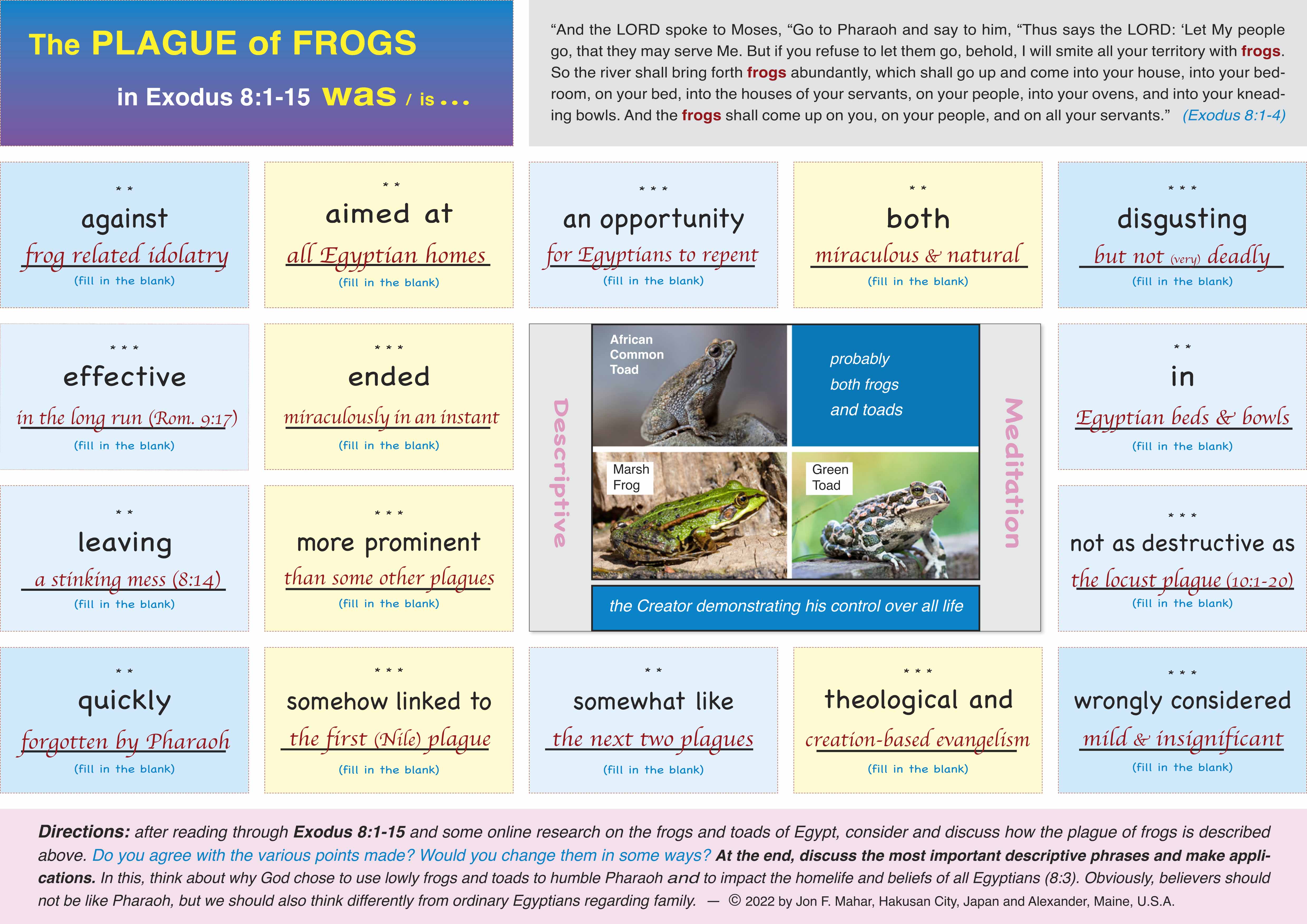 Is there a natural explanation?
In part, there probably is since frogs and toads are known to migrate in response to seasonal and environmental changes. However the exact timing of their invasion and sudden all-at-once death were obviously miraculous. There was probably some connection with the water of the Nile being turned into blood in the first plague (7:14-25) since frogs and toads need water in order to reproduce. The loss of useable rivers and ponds (8:5) may have caused a desperate search for alternative sites. Yet, the main thing is to realize that the Lord is free to use so-called natural and supernatural means as he chooses for to him it is all the same.

Is this disgusting plague worth studying?
Unlike several other plagues, it was not deadly, other than for the frogs. There are fifteen verses written about it, however, which is considerably more than about the third plague of lice (8:16-19) and even somewhat longer than the first, water-into-blood plague (7:14-25). Beliefs about fertility and the origin of life are foundational. So there is more written about the second plague than we might expect. It is not just about frogs! Nor is it only about Pharaoh, since there was corrective evangelical outreach to every Egyptian home though God's word and the millions of lowly toads and frogs.

What are the applications? Obviously we should not harden our hearts as Pharaoh did (8:15). However, the main applications of this passage are about our attitude toward life and children who are to be treasured as gifts from the God of the Bible.

This study on Ex. 17:1-7 is part of the Double-Top Bible study series in which social interaction is stressed. In this case, Moses faith and prayer is contrasted with the angry, group-think of the mob. The bottom line in the study, however, is about the rock that was struck prefiguring Christ (1 Cor. 10:4). One of the two worksheets in the study is shown below. Which lines are incorrect? 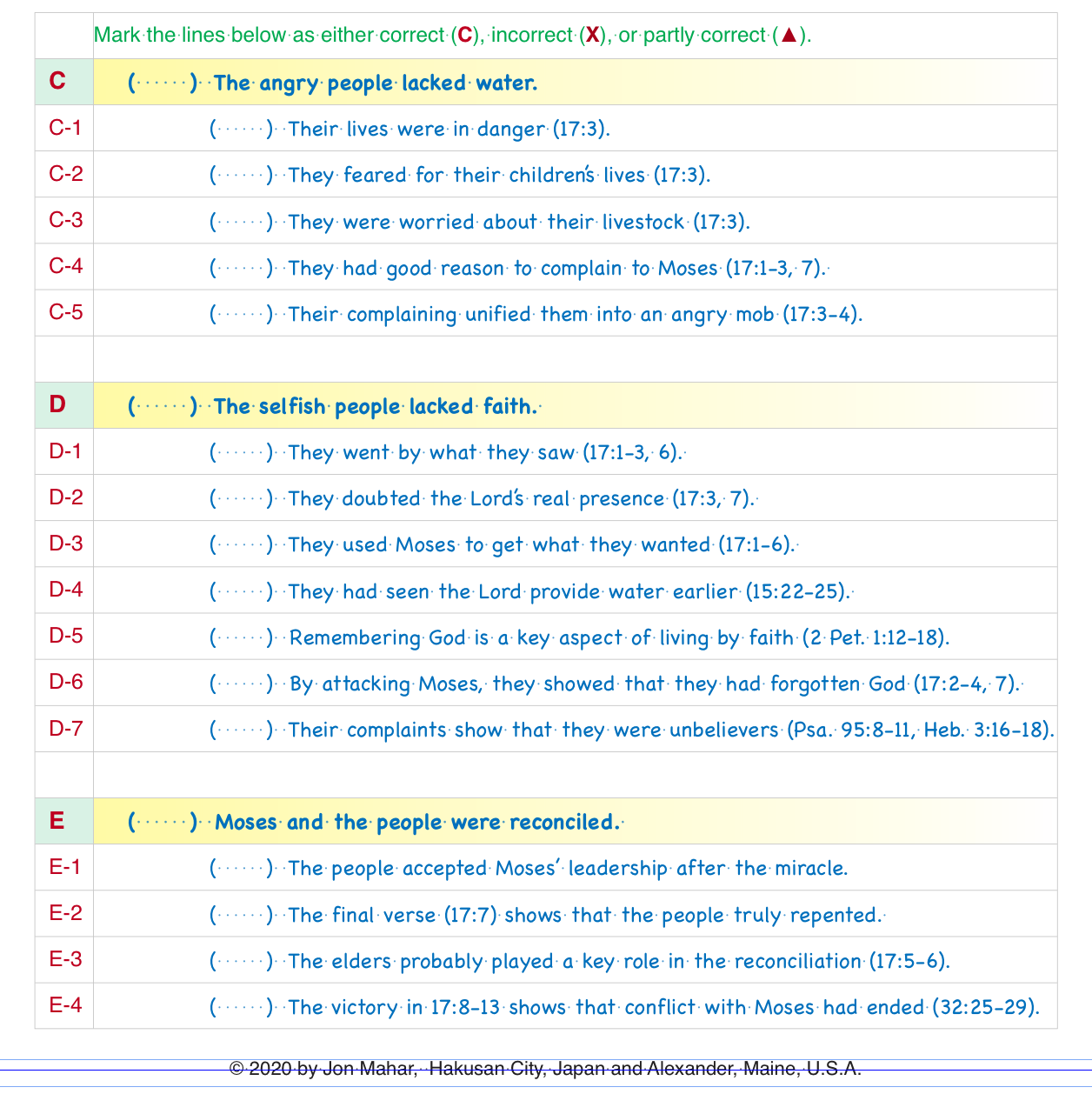 Jethro's advice to Moses was of the Lord and a good I.D.E.A., because it satisfied the four aspects of all such. It involved (I) Insight, (D) Details, (E) Energy or Enthusiasm, and (A) Assurance. Moreover, the insight Jethro had was not just practical. Notice for instance, that he did not give his advice in Ex. 18:14-23 until after the worship (burnt offering, etc.) in 18:12.

The two little-known artisans, Aholiab and Bezalel, who led the work on the tabernacle in Exodus help bring out the stress upon worship and the importance of the tabernacle which prefigures Christ. The bottom-line point in the study is that skills are necessary and can lead to good jobs, but being a spiritual person is far more important. Which of the worksheet lines below are incorrect? 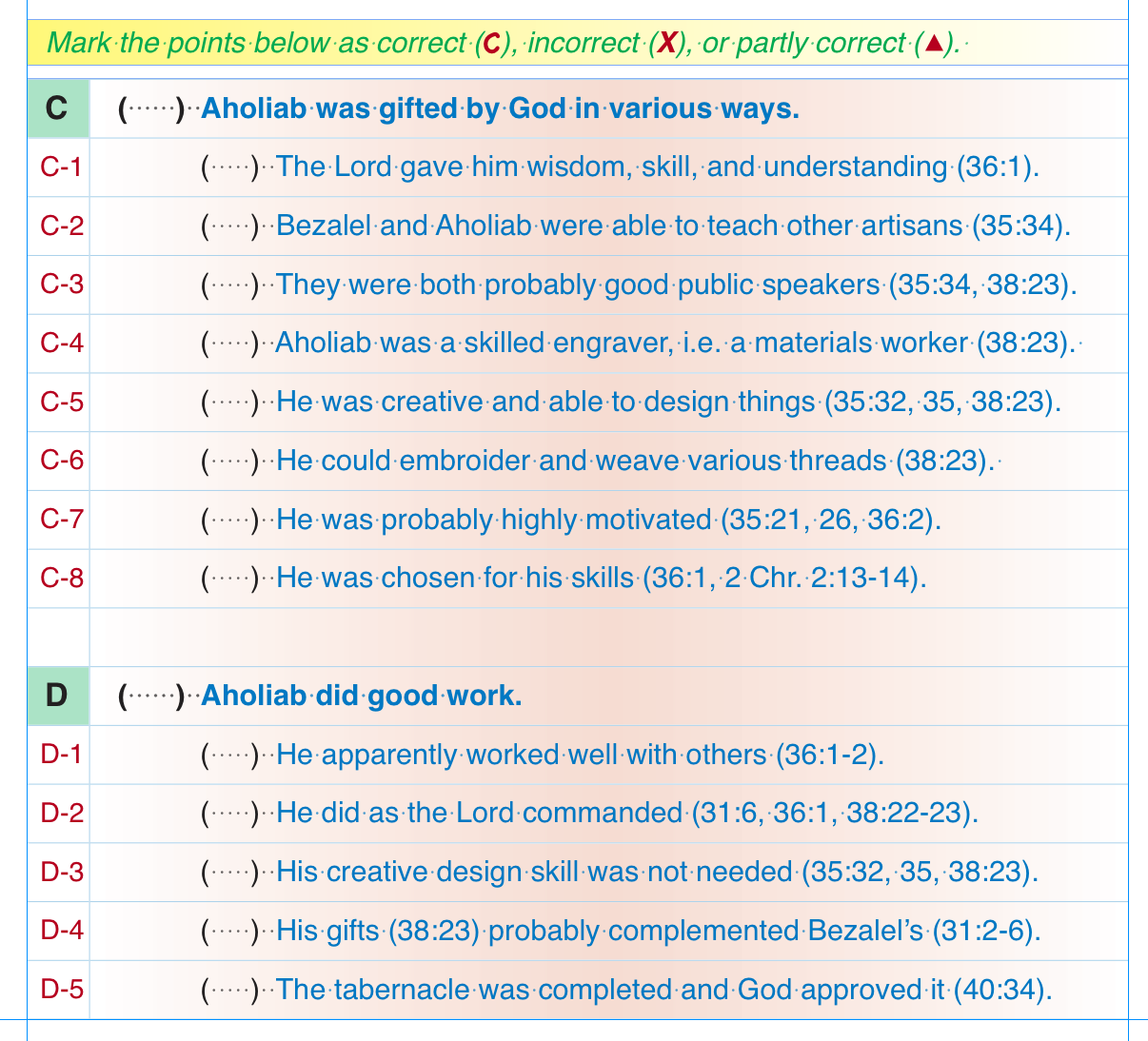 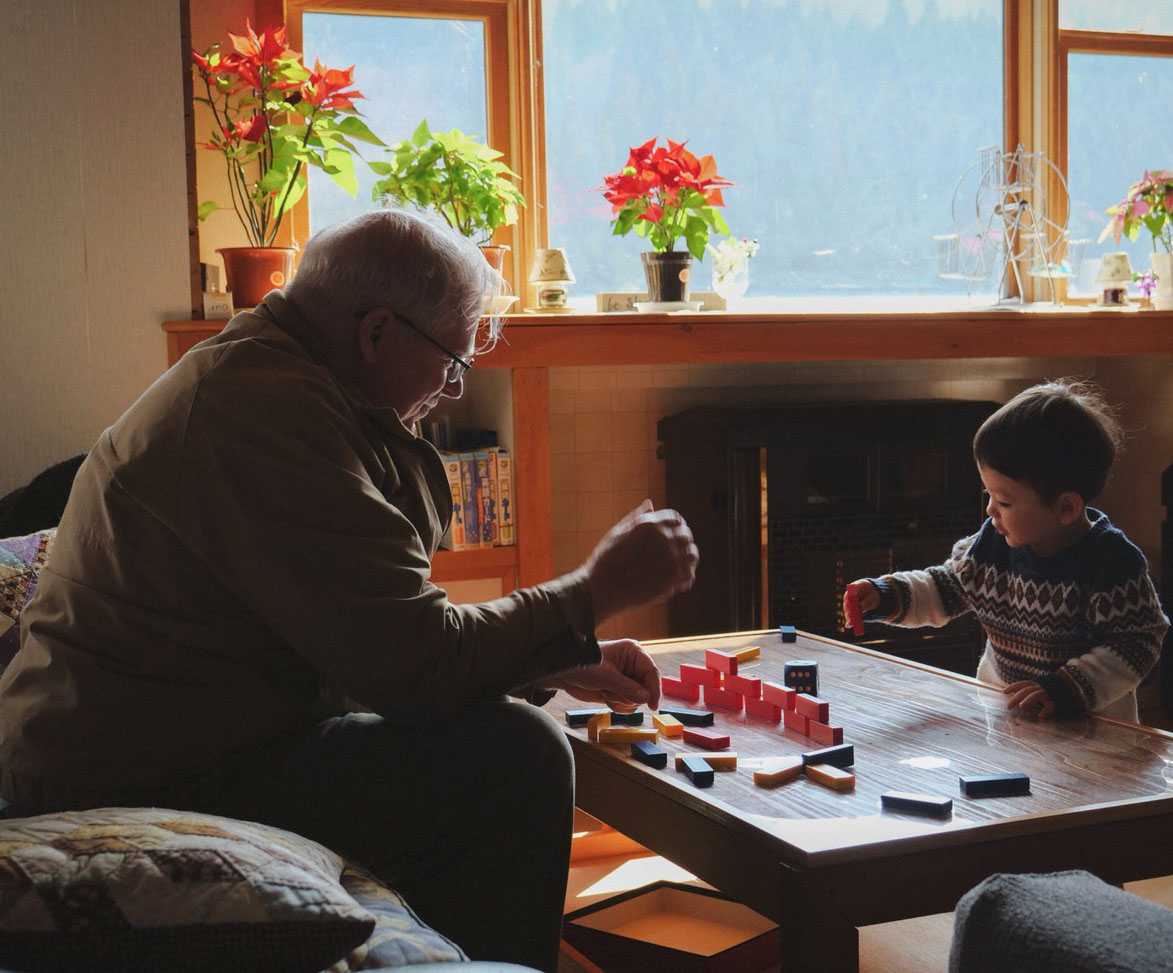 Grandfather Jon doing a little building with our grandson, Kaichi, in late 2019. I wonder how the tabernacle artisans got started.

Why is "your bed" included in 8:3?
Moses could have simply spoken of frogs in bedrooms, but he was more specific. By specifically speaking of the bed, Moses probably addressed the sexual and reproductive nature of their idolatry and showed that the Lord is the true Giver and Controller of life. Moreover, the order in 8:3 may be significant. The bed comes before the bowls. In line with this, most frogs and toads are more active at night than during the day. Likewise, the reproductive aspect of the frog related idolatry may have been more prominent than the agricultural aspect.