Question in the Bible Summary Charts

Who asked the first question in the Bible? It was the serpent in Gen. 3:1. How would you describe the serpent's question? Obviously it was evil, but in what way? It was dangerous, deadly, deceptive, satanic, seductive, skeptical, unexpected, etc.. What do you believe is the main thing that should be said about the serpent's question? It is difficult to settle on just one term, but it is helpful to try. The summary charts in this set show where the questions are asked in various Bible books. 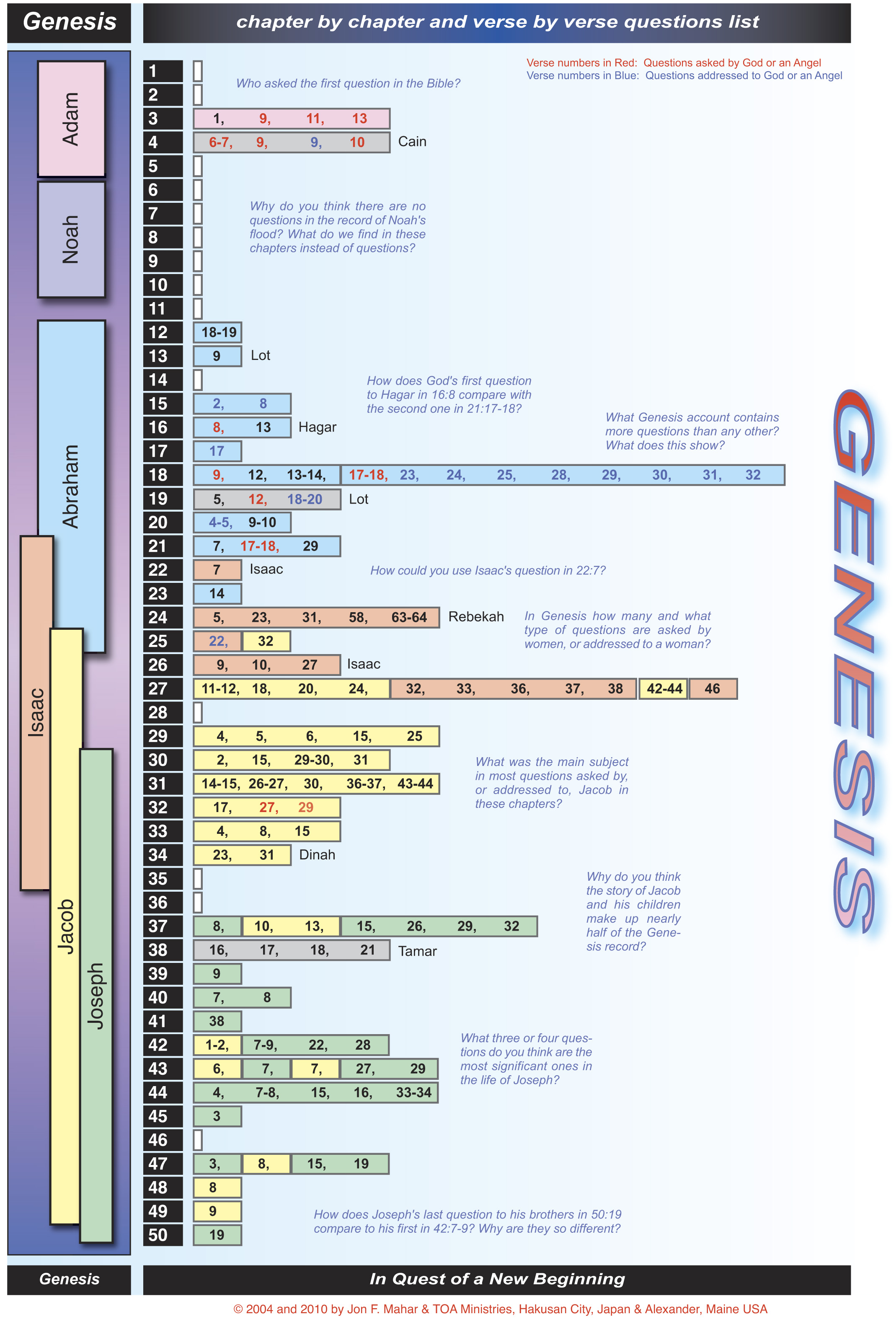 Quickly going through the 1,300+ Describe-It-Yourself fast-scroll list or chards is a great way to systematically check to see if you have missed something important in any given passage. For instance, you may be studying Psalm 119:137-144 which was written to help believers and the psalmist himself deal with unrighteous rulers. Jesus is not mentioned by name, of course, but the passage and the Bible as a whole show that the world needs to be ruled by God himself. This points to the Lord Jesus, the righteous King of kings. Moreover, the passage in Psalm 119 shows that only God is righteous. So the same point can be made as in Rom. 3:10 which is often used in evangelism. Thus, it is good to use the Describe-It-Yourself cards or fast-scroll list as a check-up tool. 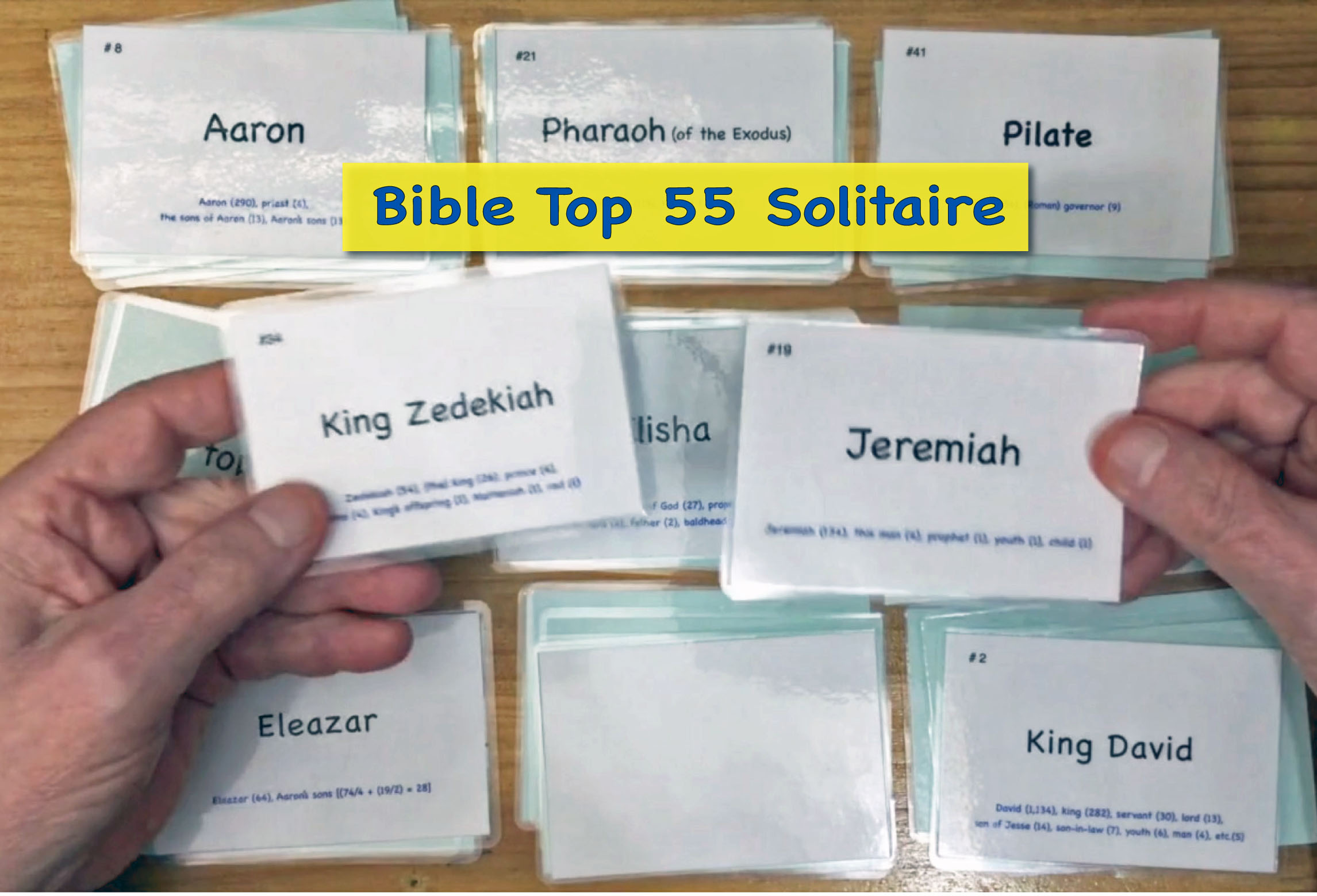 Get Your Describe-It-Yourself Cards NOW!

The Describe-It-Yourself cards can be used for games in various ways. One way to play is somewhat like Apples to Apples ®. In each round, players select an adjective card from their hand which they hope may be chosen as the best card / adjective in that round to describe the question or answer being studied.

EXAMPLE: How would you describe the question that Joseph asked his brothers in Genesis 50:19? He said, "Do not be afraid, for am I in the place of God?" Considering the six cards below, some are easy to eliminate. Joseph comforted his brothers. So he was not angry at them or even very critical. Nor was his question difficult to understand. He may have said it somewhat strongly, and it was helpful, but perhaps the most important point is that his question was focused on God. So it was faith based. -- Occasionally, two cards in a round may be chosen. 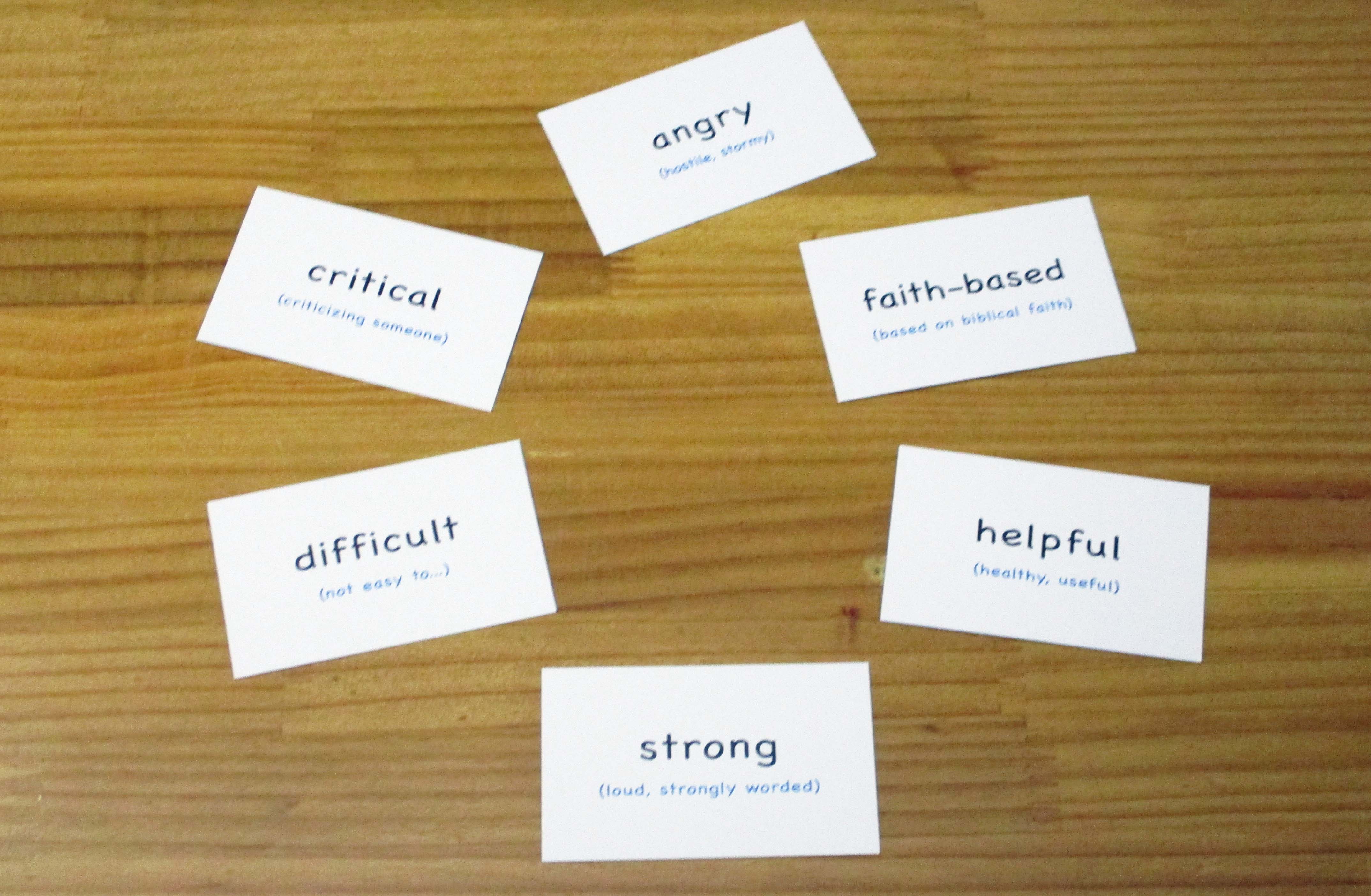 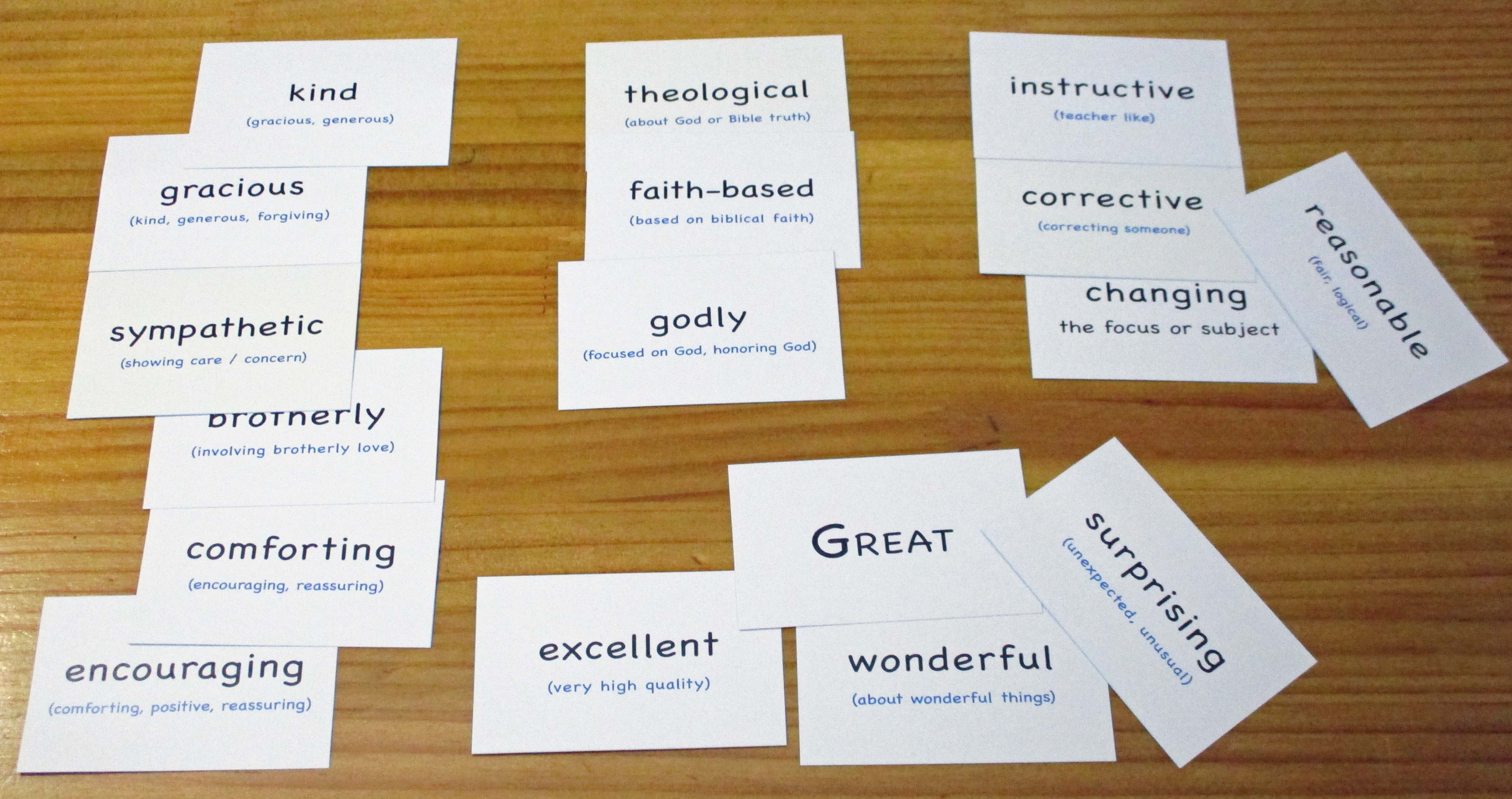 Opinions vary. So some will choose kind or gracious as TOP CARD while others will choose godly. This difference of opinion is no problem, however, since the differing perspectives can be linked by choosing a general term and card like wonderful or Great. Joseph's Great question was both godly and gracious because he was also corrective. He did not simply overlook his brothers' man-centered focus. (Ignoring error is not gracious!) The design below helps bring out three key aspects of Joseph's great question. 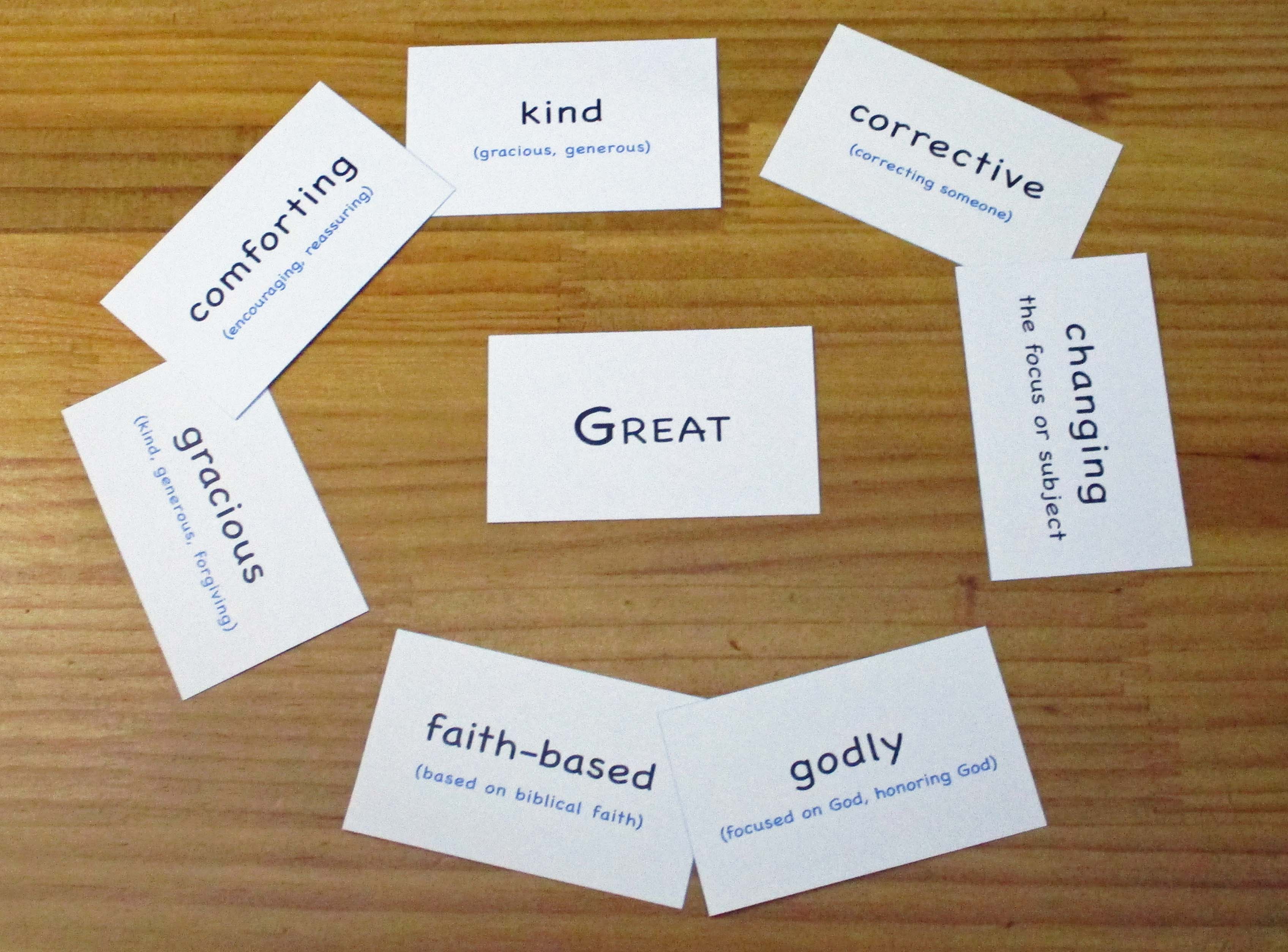