the need for a

Theology for the Servants of God

Everything that God is and does is good. However, it is NOT good for a theologian or preacher to distort the Scriptures by emphasizing some aspect or aspects of God's character and work at the expense of others. Sadly, we believe this is what Stanley Grenz's theology does. In contrast to this, the Bible itself presents the work and character of God in a balanced way which promotes Christian service. 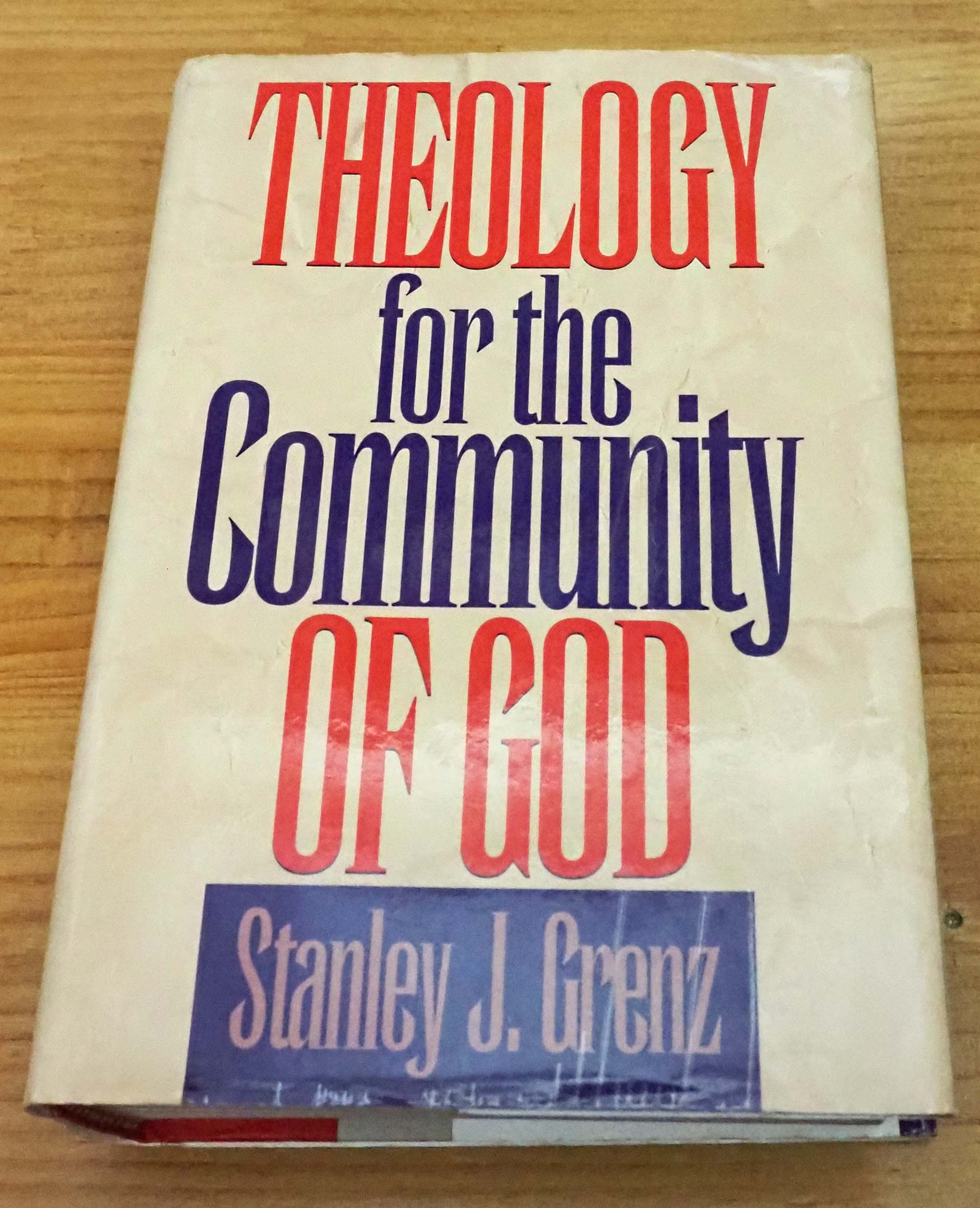 DISTORTED
This photo of the cover of Stanley Grenz's Theology for the Community of God is distorted because it was taken at an angle. Likewise Grenz's theological views contained therein are often distortions of biblical norms, since most of what he wrote is from an over-the-top, social, communitarian perspective.

Grenz repeatedly tries to replace the biblical term and concept of "church" with "community," but the two are vastly different. 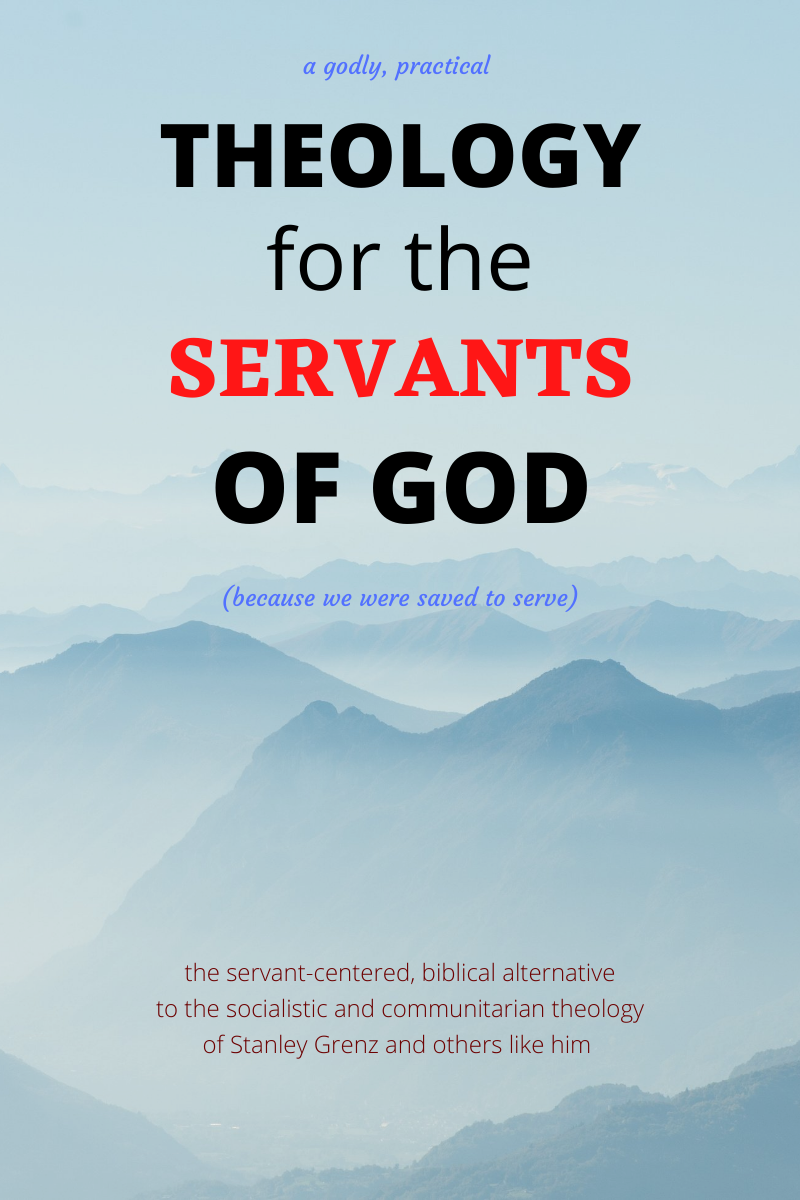 NEEDED
We believe an alternative to Grenz's unbalanced theology is greatly needed, one which will present the biblical servant and service emphasis in a systematic way. The various points below are mini steps in that direction.

Writing a work of systematic theology is a huge task, but perhaps someone will be challenged of the Lord by this  page and undertake this great work. Personally, at present, we have three small binders of notes aimed at such a project, but so much more would be needed.

THE TRINITY
Grenz and others like him claim to be orthodox because they stress the Trinity. However, their "Trinity" often sound like a social club since being together is stressed more than working together. In the Scriptures, the work of the three Persons of the Trinity is stressed.

THE SERVANT
Isaiah stressed the suffering work and exaltation of God's Servant, the Messiah, but Grenz writes relatively little about this. For him, the fellowship of the Son with the Father is more important. However, the active, working nature of this fellowship and oneness is not stressed as it should be.

THE GOSPEL
It is good that Grenz stresses reconciliation through Christ, but he is not nearly as interested in justification as taught in the first eight chapter Romans. Nor is Grenz very interested in the dedication and service that is to follow salvation which is stressed in Romans chapter 12 and 16.

THE BIBLE
Grenz stresses the fact that the believing community (the early church) recognized the various Books of the New Testament. Fine, but though he believes in divine inspiration (2 Tim. 3:16-17), he does not emphasize that as much. Worst still, Grenz fails to stress as Paul did that the inspired Word of God is superbly useful to the man of God in Christian service. We have been equipped through the Scriptures to serve (Psalm 119:9-16).

THE CHURCH
The called-out assembly that Jesus began (Matthew 16:18) is vastly different from the "community of God" that Grenz proclaimed. One key aspect of this difference is realized in the fact that biblical fellowship is far more about serving together than just being together. We were created and saved to serve (Gen. 2:15, Eph. 2:8-10) rather than to enjoy the warm but lazy fellowship that Grenz's stress seems to promote.

THE FUTURE
Future fellowship in heaven is stressed by Grenz, but how the believer's present-day service for Christ on earth will impact that fellowship is mostly overlooked. The judgment seat of Christ (1 Cor. 3:13-15, Rom. 14:10) is hardly mentioned.

THE SOCIALISM
The stress on various social aspects of theology in Grenz is not an isolated one. The same emphasis is found in the secular academic and political world as well. Though many simplistic Christians believe that Grenz's theology is just warmer and friendlier than those of others in the past, it actually is part of a vast socialistic movement. Moreover, the true work of the Lord that is to be done by God's servants is being neglected as a result.