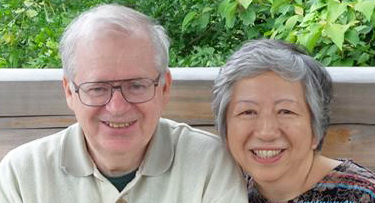 Jon and Mitsy's home areas are worlds apart, Maine in the northeastern U.S. and Fukushima in northeastern Japan. - Mitsy is a graduate of Prairie Bible Institute in Canada, but they did not meet there. Jon has been a missionary in Japan since 1974, but they did not get to know each other in Japan. They were introduced by a mutual friend (by letter!) in 1985 at the end of Jon's first year of seminary in Maryland. Mitsy was in Japan at the time. So they got to know each other through many (!!!) letters and cassette tapes.

Through this "long-distance learning," Jon and Mitsy discovered that they shared a deep desire to help Christians grow in their walk with the Lord through the use of quality Bible study materials. So they began working on their first set of studies together by correspondence before they ever met. When Jon returned to Japan in 1986, they finally had their first date, Jon proposed, and they were married a few months later. They have been happily working on Bible studies together (in English and Japanese) ever since.

Jon was saved while studying engineering at the University of Maine in the early 70's, and is a graduate of Word of Life Bible Institute, New Brunswick Bible Institute, Citadel Bible College, and Capital Bible Seminary. Mitsy was saved as a junior high school student in her home church in Fukushima, Japan. The church was started by Baptist Mid Missions missionaries.

FIM is a conservative, evangelical, non-charismatic mission with its American headquarters in Allentown, PA. Members are nearly all from independent Baptist or Bible churches. Most FIM missionaries, including the Mahar's, are involved in church planting.  (Please check out the mission's website.)

That said, FIM encourages its members to use their gifts to their fullest, even if that involves developing special ministries not usually associated with starting new churches. In Jon and Mitsy's case, this has led to a special emphasis on the creation and translation of Bible study materials. All of the Toa Ministries materials have been developed and tested in local church settings.

Toa Ministries is the name that the Mahar's use on their Bible study materials. It is not an official mission. The Toa materials are all free and contributions are not solicited. Those who wish to support this work, however, may do so through the Mahar's account at FIM.

The great majority of our Bible study material is designed to be used interactively. Why? Well, in Japanese churches, there is plenty of top-down preaching, much of which is very good, but there is often a serious lack of interactive group study. Far too often everyone is told what to believe and what to do, without being encouraged to think about the Bible for themselves or to talk with others about it.

The PLUS+ Bible study method is our favorite. The two main steps are simply finding and discussing the various negatives and positives in the Bible passage being studied. In the third final step, the discussion turns to determining which point is the biggest minus and which is the biggest plus. This naturally leads to biblical applications. Though this method is great for personal devotions, like most of our Toa Ministries material it is primarily designed for use in interactive small groups.

If you really want to know our philosophy of ministry, check out the Jon's Opinion Page. For instance, there is a short essay telling about Jon's love of ponds, streams, and fishing. Thoreau's WALDEN POND has been a personal favorite for many years, and it has always been a wonderful reminder of the wonders of God's creation.
In line with this, it seemed totally appropriate to compare the 22 stanzas of Psalm 119 to places along the Appalachian Trail. The page with these analogies to the Trail and hiking is one of our most popular. 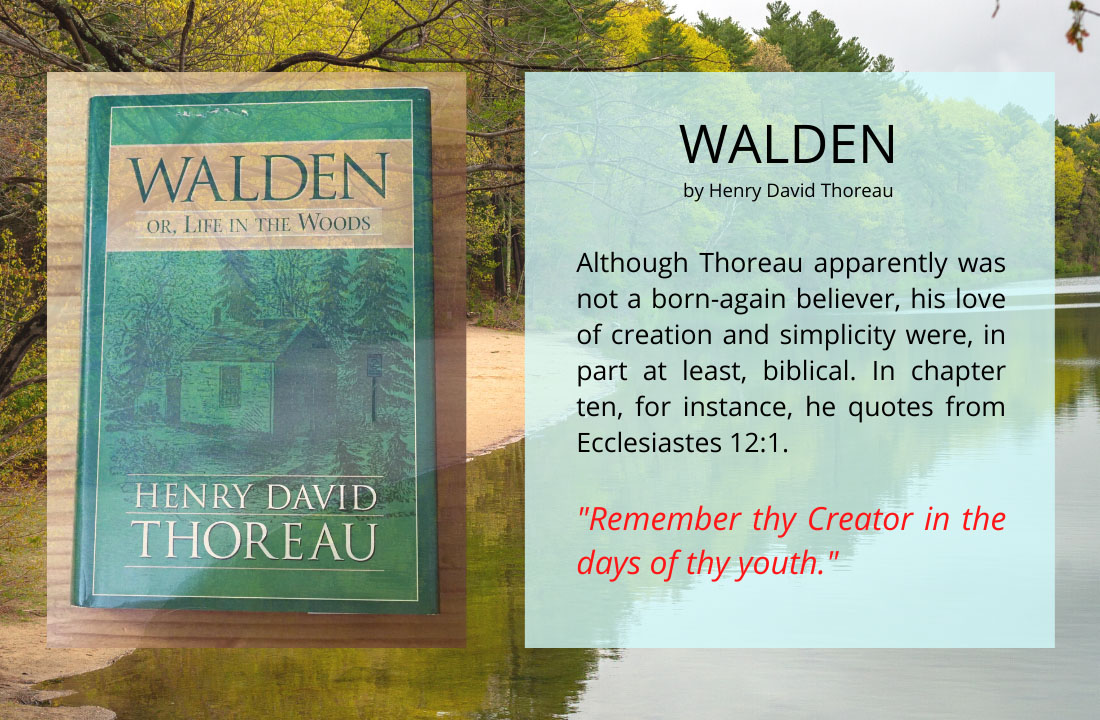