David Who's Who Game

THE BASICS
The chart below is a wonderful concise summary of the people in the life of David. For an explanation of the color coding and layout, click the CODE button below. For a concise introduction to each person mentioned click the LIST button. To print out a copy of the summary chart click the CHART+ button.

A FUN WAY TO LEARN & TEACH
Rather than simply studying the chart and lists, use the chart as a board game. The instructions for doing so are provided below. 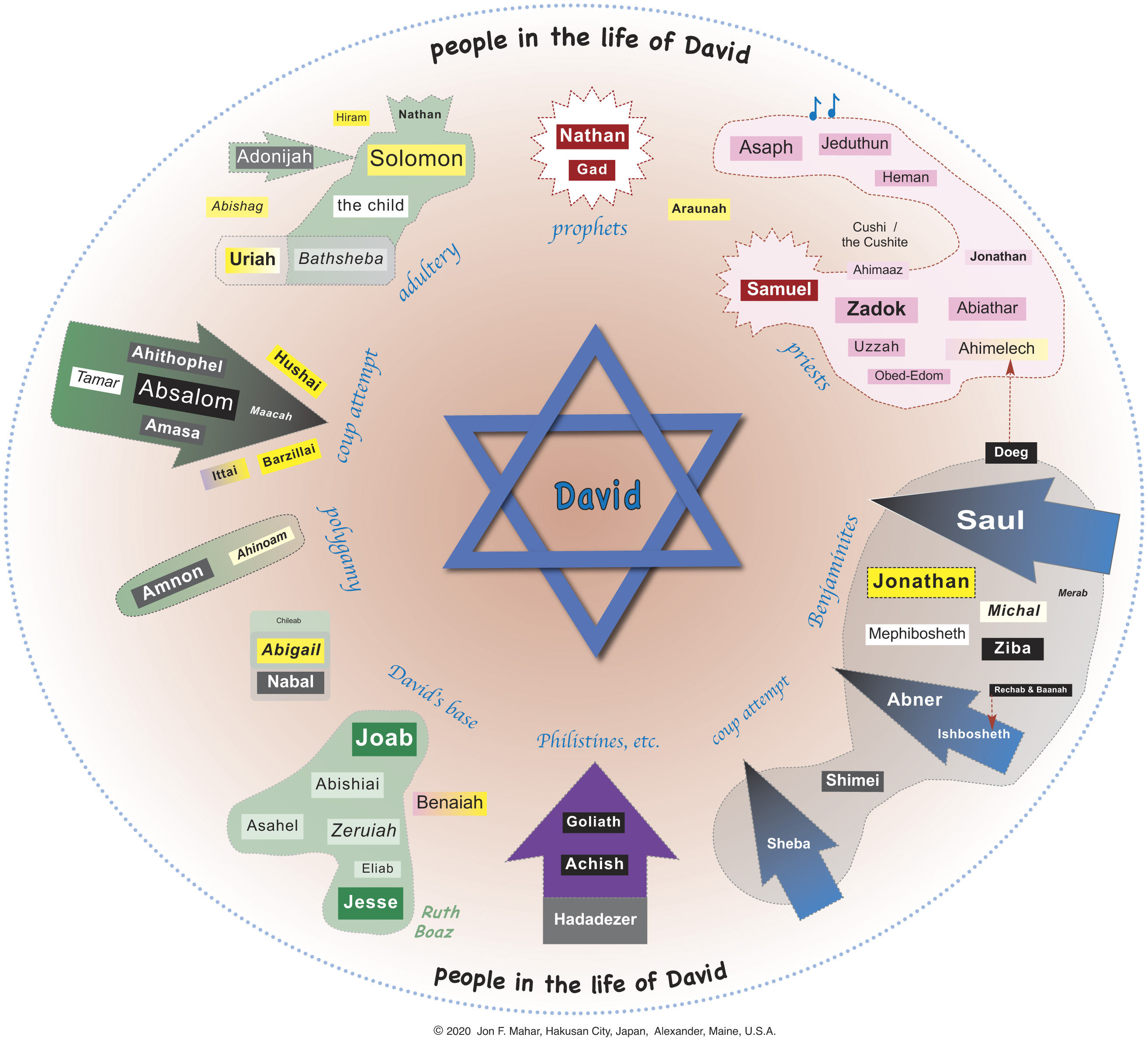 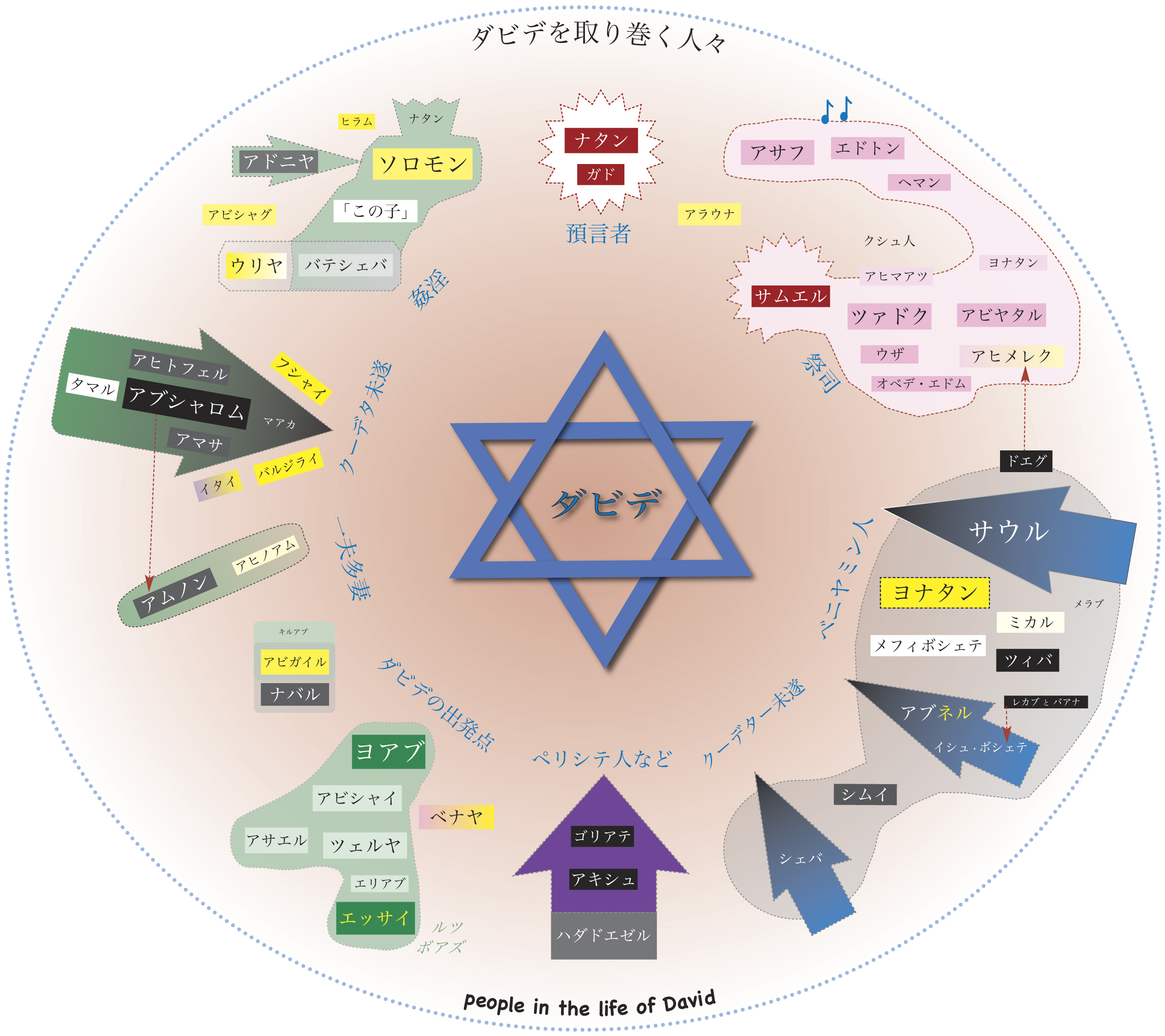 THE GAME BOARD
Game boards can easily be made by cutting along the dotted line which forms an oval shaped border on the People in the Life of David Chart (shown above) and glueing it to a piece of cardboard that has the same shape and size.

IDENTITY FOCUS
Players or teams take turns randomly pointing to an area around the outside edge of the board where the names other than David's are found. If the player or team can identify the person who is closest to their finger they earn a point. For instance, if it is closest to Joab, he should be identified as the head of David's army.
. . . Various alternative approaches can also be used. For instance, the player or team doing the pointing could be allowed to speak about several of the people near where the finger is placed. Another option would be to make the game totally "open book." The Tyndall House Publishers "Who's Who in the Bible" would be good to use along with the list provided above and the Bible itself.

COMPARATIVE FOCUS
Again, players or teams take turns randomly pointing to an area around the edge of the board, but the identity of the person or person being discussed is not the main topic. Rather, the person or person pointed to is to be compared and/or contrasted with someone else. For instance, if Saul is randomly selected, he could profitably be compared to David, Absalom, Jonathan, or even King Ahab who came later in Israel's history. Points should be rewarded in line with the quality of the comparison / contrast.