AN IMPORTANT LINE
If you were talking about fall foliage, you might say, "The more colorful; the better!" But if you were speaking about life in general and Christian ministry in particular what would you say? What terms in the list below would you use to fill in the "The more ___the better." line? Many answers are suggested, but which terms stand out most to you? 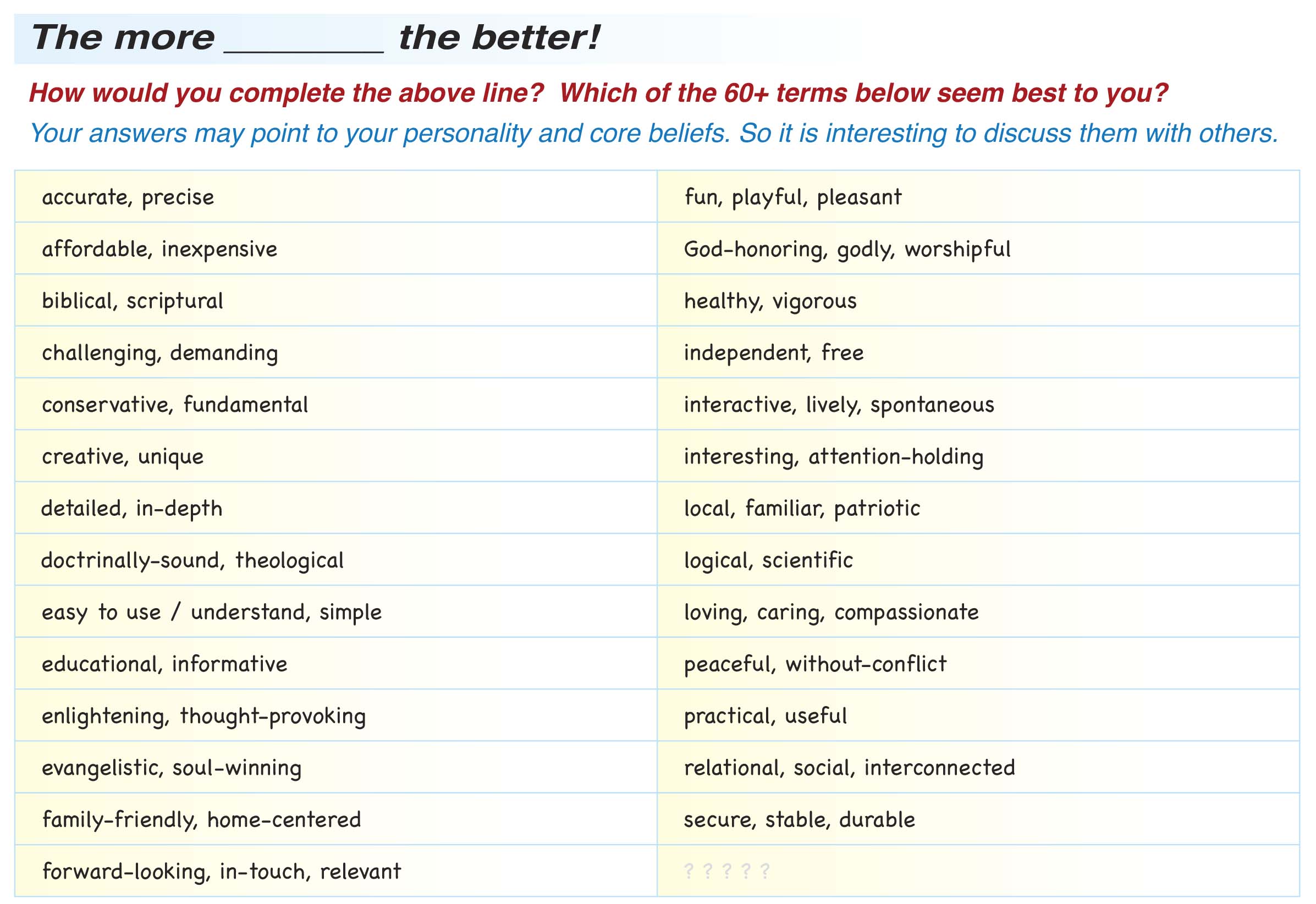 DISCUSSION & GAME
Everyone in the group is to be given a copy of the chart above and asked to circle five or six terms that he or she might use to fill in the blank. This is to be done individually, without letting others see what terms are circled. Next, participants take turns trying to guess what others in the group circled on their charts.

If this is to be done as a game, one point is earned for each correct guess in the first round, but as the guessing becomes more difficult in subsequent rounds, two points may be awarded for each correct guess. For instance, if there is a pastor in the group, it may be easy to correctly guess that he circled biblical or worshipful on his chart, but one would have to know the pastor somewhat better to correctly guess that he also might circle creative and practical.

Each time a guess is made, the person whose worksheet is being discussed should explain why he or she circled or did not circle a particular term. For instance, the pastor might point out that the teaching of the Lord Jesus was creative in various ways including in the use of parables and objects.

MAIN POINTS
The most important and basic point to be made during the study or game is that it is always good to be biblical. The same may be said of being loving and God-honoring as well, as long as it is clear that the Scriptures rather than popular opinion or man-made rules or traditions are what determine the nature of love and honoring God.
‍
In addition, the discussion or game leader should repeatedly point out that it is dangerous to take other good things too far. Even good lines like, "The more evangelistic the better." may not be totally true, since evangelism is not everything. Biblical teaching is sometimes neglected by those who stress evangelism, and of course, the converse is often wrongly done as well. Personal spiritual gifts are often involved in what is stressed and circled.